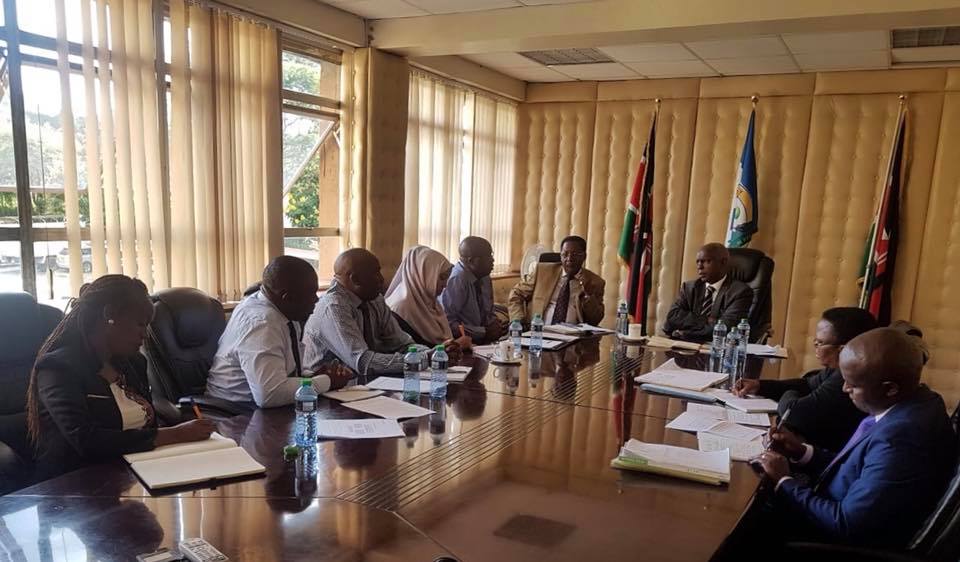 The APRM team led by the Director, Peter Kimemia, has today met with Makueni Governor, H.E Prof. Kivutha Kibwana and briefed him on the County Peer Review Mechanism (CPRM) whose implementation is scheduled to commence in the new financial year 2018/19.

The team explained the rationale of the initiative especially the peer review element aimed at promoting good governance and accelerated social-economic development across the counties.

Governor Kibwana on his part gave a strong endorsement of the initiative and made very useful suggestions on how best to implement it. He also suggested that the idea be proposed to the African Union and the Continental APRM body in order to have the application of the peer review model formally adopted and encouraged in sub-national units of the member states. Prof. Kibwana informed the team that his government highly values citizen participation in governance and development and that Makueni County is already implementing consensual targets setting with local citizens aimed at tangible and measurable deliverables.

The APRM team is scheduled to meet the Governors of Kitui and Nyandarua counties on Tuesday and Wednesday, respectively.