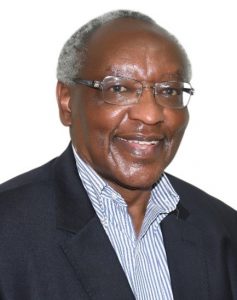 Prof. Chege was appointed the Chair of the NEPAD/APRM Kenya Governing Council on 24th June 2016. He was been re-appointed to chair the Council from 22nd June 2019. He also serves as a board member for the Kenya Institute of Public Policy Research and Analysis (KIPPRA) where he chairs the Programmes Committee. He is also the chairman of the African Leadership Institute, a local NGO that provides training for young Kenyans with potential to be future African leaders.

Born on 30th January 1946, Professor Chege holds a Bachelor’s Degree in Economics and Government, Master of Science Degree, and a PhD in Public Policy and Political Economy of Development.  He has taught at the University of Nairobi, University of Geneva (Switzerland) and the University of Florida, Gainesville, where he served as the Director of the Centre for African Studies for eight years. He has also served as Policy Advisor to the Ford Foundation, and the National Treasury. In other capacities, he has been a consultant with the World Bank, UNDP, Rockefeller Foundation, SIDA, the Aga Khan Foundation, among other international organizations. 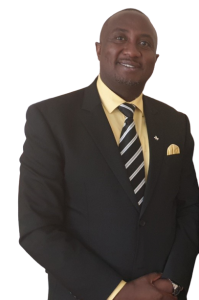 Mr. Kisilu was re-appointed to NEPAD/APRM Kenya Governing Council in June 2019 as a Council member after a previous term of 3 years. He is a member of Finance and Human Resources Committees. Mr. Kisilu holds a Bachelor of Science degree in Tourism Management from Moi University, and a Master of International Business Administration degree, concentration in Strategic Management, from USIU-Africa. He is currently pursuing his doctoral studies in Tourism Management at Kenyatta University’s School of Hospitality, Tourism and Leisure Studies. Mr. Michael Kisilu is currently the Principal Officer, Alumni Relations at United States International University (USIU)- Africa and has also worked as an Adjunct Faculty in USIU-Africa. In October 2015, Mr. Kisilu was appointed by His Excellency Uhuru Kenyatta, the President of the Republic of Kenya, to serve in the Kenya Utalii College Council for a period of three years. 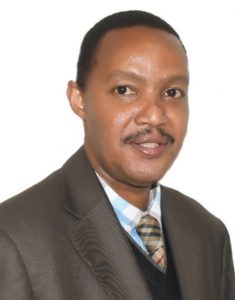 Mr. Antony Muigai Muriu, born in 1966, is the Alternate to the Principal Secretary, National Treasury. Mr. Muriu is the Director of the Planning and Project Monitoring Unit of the National Treasury. He joined the NEPAD/APRM Council in October 2016 and is a member of the Audit and Risk Management Committee. Antony is a long-serving Civil Servant with over 25 years’ experience. Mr. Muriu has served on several boards among them the Kenya National Bureau of Statistics (KNBS) and Kenya Tourism Board (KTB). He holds a Bachelor of Arts Degree in Economics and a Master’s Degree in International Development Studies from the Graduate Institute of Policy Studies in Tokyo, Japan.

Mr. Muriu has worked in many Ministries and served in numerous Committees and Taskforces in the   Government of Kenya. 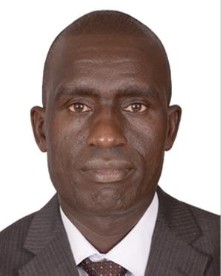 James is an alternate to the Principal Secretary, Planning. He is also the Director, Macro and International Relations Directorate under the State Department for Planning. He joined the Council in January 2020 and chairs the Finance Committee as well as being a member of the Technical Committee. Born in 1970, James is a career civil servant with over 20 years of working experience in Macro and International relations. He holds both Masters and Bachelor’s degrees in Economics from the University of Nairobi. James has also attended short courses on strategic leadership, Global WTO and negotiations, private sector-driven development, performance management, fiscal decentralization, managing market economies in a globalizing world, and external resource management. James has wide experience in National Development Planning; Economic Policy Formulation and Implementation; Budgeting and Budget Execution; Strategic Planning; Performance Contracting and management; Negotiations for Multilateral and Bilateral Cooperation Frameworks; Conference/Convention Coordination, Management, and Logistics as well as Management of South-South and Triangular Cooperation. 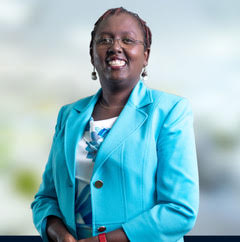 Dr. Monica Kerretts-Makau is Academic Director & Professor of Practice at Thunderbird School of Global Management Africa Hub. She is a Certified CMA/IFC Board Governance Trainer and has facilitated several training programs. She joined NEPAD/APRM Kenya Council on 21st October 2016 and was re-appointed to the Council on 11th October 2019. Dr. Kerretts-Makau chairs the Technical Committee.

Dr. Kerrettts -Makau previously served as a Board Director in other companies such as Bank of Africa (2013 to 2015) chairing the Credit Committee and the Governance & HR committee, and CCK (2010 to 2014) chairing the Audit Committee. She has also served as a change advisor to the Judiciary (2012-2015). Prof. Kerrets-Makau has received a number of awards including Top 100 Influential Africans 2017 and Top 100 Reputational Africans 2018. She is an addicted Gardener & passionate environmentalist. She can be reached on Twitter @monicakerretts and Instagram as @kanakegardens. She was born on 26th April 1974. 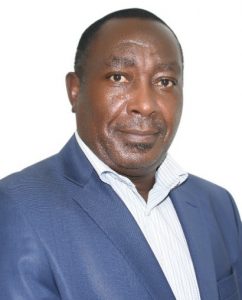 Hon. Elias Mbau joined NEPAD/APRM Kenya Governing Council on 22nd June 2019. Hon. Mbau is a Certified Public Secretary Kenya (CPS-K). He chairs the Audit and Risk Management Committee and is also a member of the Technical Committee.  He holds a Ph.D. in Public Finance (University of Nairobi), Master of Business Administration in Marketing (Kenyatta University), and Bachelor of Arts (Economics) from the University of Nairobi. Previously, he served as the Chair of CDF Board (2015-2017); Member of Parliament for Maragua and Chair Parliamentary Budget Committee (2008-2013); Lecturer at United States International University (2000-2002); Director, Royal Communications (K) Ltd (1996-) and Economist, Ministry of Planning (1988-1992). He was born on 29th March 1961. 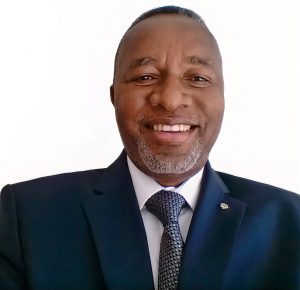 Mr. Joshua Mwangemi is a transport solution and innovation expert. He was appointed to the National Governing Council on 11th October 2019 and serves as a member of the Audit and Risk Management and  Human Resources Committees.   He holds a Diploma in Telecommunications and Langue de Francaise. He also holds a Certificate in Renewable Energy from Denmark and Wind Technology from Sweden. Mr. Mwangemi previously worked in ICL as a Country Engineer in charge of ATMs Kenya, Uganda Tanzania, and Siemens as Country Manager. He was born on 16th May 1962. 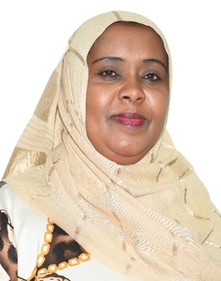 Nimo Maimuna Mohamed joined the Council on 11th October 2019. She chairs the Human Resources Committee and is a member of the Finance Committee. She is an educationist holding a Bachelor of Education from Kampala University and a diploma in education from the same institution. She has experience in developing curriculum to accommodate different learning styles and maximizing student’s comprehension. She has experience in consultancy working for the United Nations Scientific and Cultural Organization     (UNESCO). She was born on 23rd October 1976. 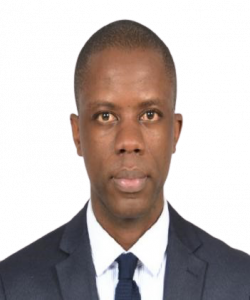 Professionally, James has served in various Directorates in the Ministry of Foreign Affairs including Africa and the African Union, UN & Multilateral Affairs, Americas and the Caribbean, Europe and Commonwealth as well as the Horn of Africa. He has also previously worked in the office of the Principal Secretary. In terms of serving Kenya Missions abroad, James served in the Embassy of Kenya in Bangkok, Thailand (with accreditation to Vietnam, Laos, Cambodia, and Myanmar) from 2014 to 2019, and the Kenya Mission to the United Nations Education, Scientific and Cultural Organization (UNESCO) in Paris, France from 2008 to 2012. He joined the Council in December 2020 to replace Ms. Nelly W. Nasike. He is proficient in English, Kiswahili, and French. He serves as a member of the Technical Committee.

Amb. Dr. Samori Okwiya joined NEPAD/APRM Kenya Secretariat as the Chief Executive Officer on 1st December 2020. As the CEO he is responsible for running all facets of the Secretariat to achieve the Secretariats’ goals, objectives, and agreed performance targets. Amb. Dr. Okwiya has a proven executive management track record and over 20 years of experience in the public, private, and non-profit sectors. Prior to joining NEPAD/APRM Kenya Secretariat, Amb. Dr. Okwiya was the High Commissioner/Ambassador Plenipotentiary of the Republic of Kenya to Malaysia with multiple accreditations to Indonesia, the Philippines, and the Sultanate of Brunei. As Kenya’s envoy, he enhanced the bilateral diplomatic relations between Kenya and the countries he was accredited to, increased visibility and awareness of Kenya’s potential in trade and economic diplomacy in South East Asia.

Amb. Dr. Samori Okwiya has earned a Doctor of Philosophy (Ph.D.) in Management from the Binary Graduate School, Binary University. He matriculated through a Master’s program in Management and Organizational Development and pursued a baccalaureate Degree in Business Administration at the United States International University.