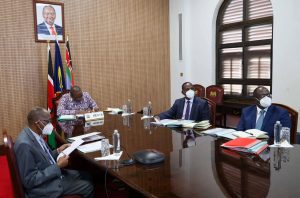 During the virtual session chaired by H.E. Paul Kagame, President Uhuru Kenyatta echoed his compliments to the outgoing Chief Executive Officer of Africa Union Development Agency – New Partnership for Africa’s Development (AUDA-NEPAD), for steering AUDA-NEPAD to greater success. Additionally, he expressed optimism that the organisation will further accomplish its mandate and set programmes.

Further, the Head of State recognised the support by AUDA-NEPAD Member States noting that it has aided Kenya’s substantial contribution to the achievement of African Union’s goals.

“I am very proud that during the last ten years, Kenya has made substantial contribution to the achievement of the NEPAD- Heads of State and Government Orientation Committee Mandates and the African Union as a whole. I do appreciate the assistance and support accorded to Kenya by the Member States which has really motivated me in my engagements with members.” 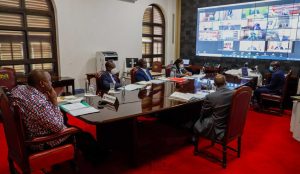